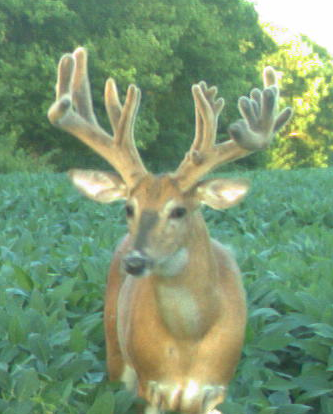 Last year about this time I went out on a limb and predicted that the 2018 hunting season would see some fantastic bucks shot around the Midwest. I said that a lot of hunters would kill the best buck of their life in 2018 .. and it happened. I based this prediction on two things; first, my 50 or so game cameras scattered over 5 counties revealed some fantastic bucks, more so than I normally find during a summer. Secondly, the growing season last summer was the best I can ever remember. Much of the corn in my area made over 200 bushels per acre and a lot of soybeans made over 80 bushels per acre. A lot of fields passed these figures by a wide margin. Timely rains throughout the entire summer is what drove these high crop yields. Good growing conditions for crops are also generally good for growing antlers on whitetail bucks. Rains promote nutrient-dense new-growth on plants which is  the part of the plant that deer typically browse on. I think my prediction last season was pretty accurate and the fact that the world record non-typical buck was shot within 50 miles of my house last fall kinda served as an endorsement of my prediction.

With the extremely wet conditions this spring and early summer I had no idea what to expect from the bucks this year. I know the weather was a disaster for farmers but would all of the rain help promote more antler growth? or hinder it? This was a huge question on my mind as I placed my game cameras in the woods in early July.

I have to say that after looking through around 300,000 game camera photos in the past month or so, I have been very disappointed for the most part. Several mature bucks that I know for certain survived last hunting season are nowhere to be found even though I have gotten their photos in summers past. I have no explanation at all for what happened to these bucks. Did they die of pneumonia due to the prolonged cool and wet weather? I am still pondering this question and may never have an answer. Regardless, a lot of good bucks that I was keeping an eye on are nowhere to be found. 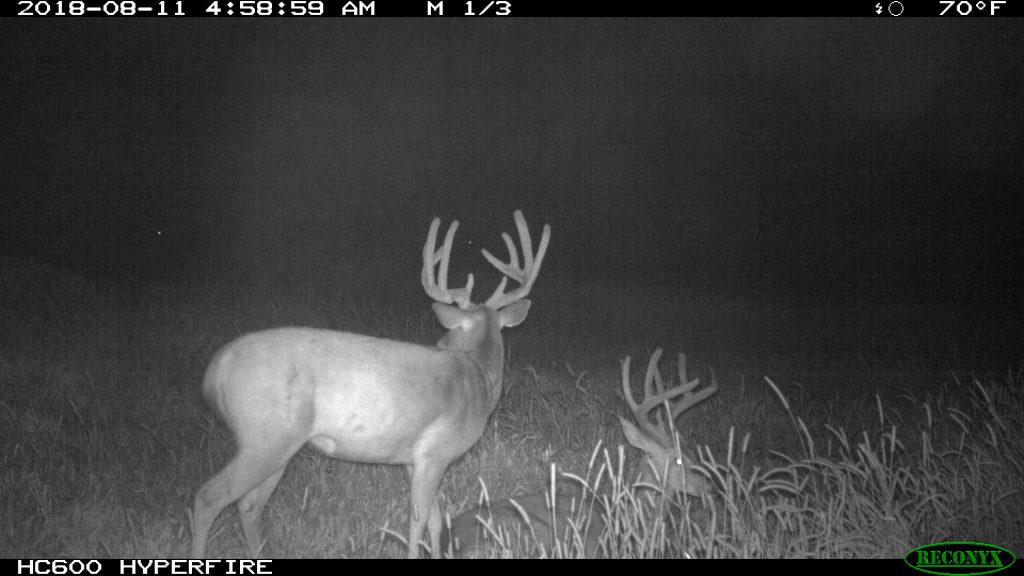 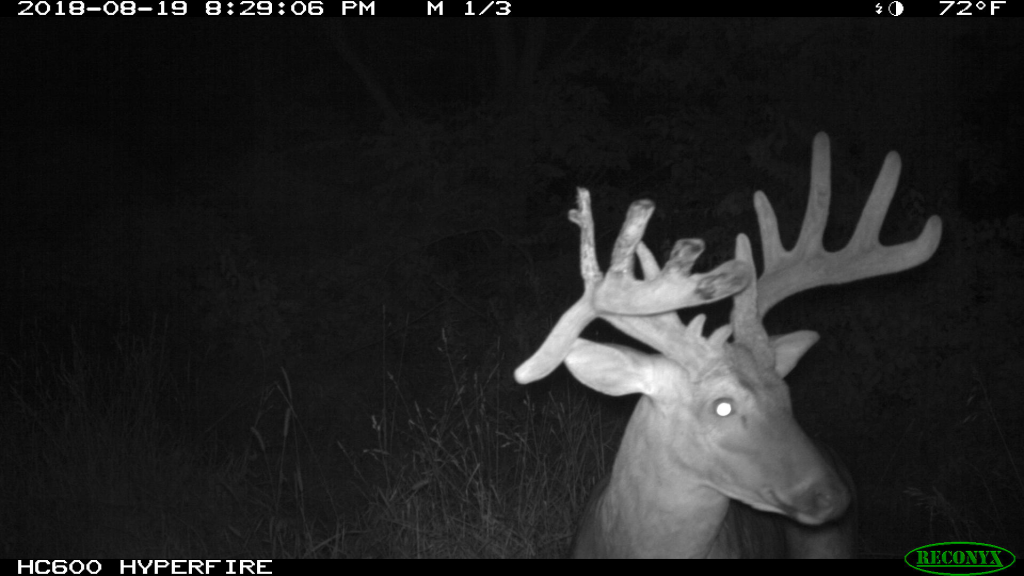 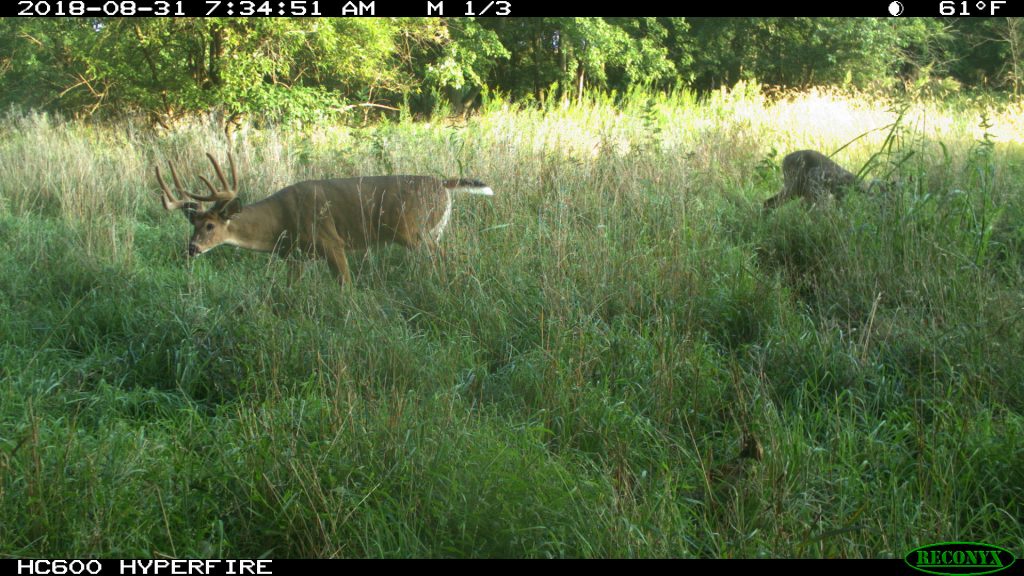 All of the bucks in these photos were alive at the end of last hunting season but are now nowhere to be found, as were several others not shown here. I have never had so many bucks disappear between winter and summer as I have this year. The giant pictured at the top of this blog post is another one that I have routinely got photos of in past summers but is no longer around.

Of the mature bucks that I had previous history with and did find and once again get photos of, almost all of them either have smaller racks than last season or are roughly the same size. Many also have fewer points. Things honestly do not look too promising for 2019 to be a great year for monster bucks. Sure, there will be some giants killed and I have seen one young buck that took a nice jump in rack size but for the most part I am not seeing too many positive signs. 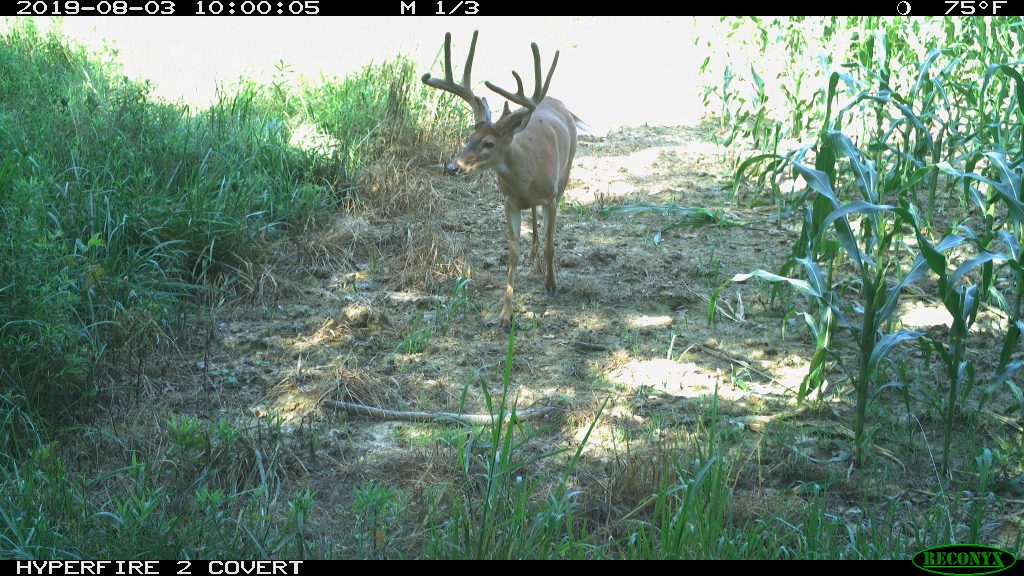 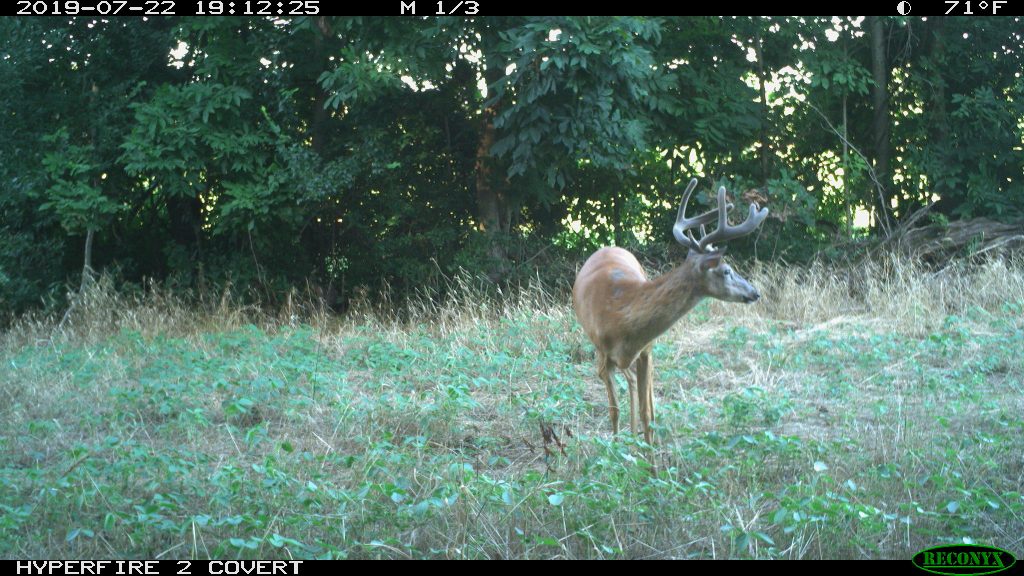 I am seeing a lot of mature bucks this summer that have fewer points than they have previously had and fewer sticker points and other extras. Ironically, I noticed the very same thing in 2012 during the drought.

Many deer hunters are probably going to scoff at my prediction and show photos of a good buck or two to make their case. I know there are some bucks growing giant racks this summer; there always is. What I am saying is that from my limited observations over a relatively small area, I dont see 2019 as being a banner year for giants. Am I right? Only time will tell!

In the coming weeks I will be releasing some big news regarding Higgins Outdoors as I expand my efforts to educate and work with others. Be sure to like my Facebook page (Don Higgins / Higgins Outdoors) to stay up to date.