Can We REALLY Age Bucks from Photos? 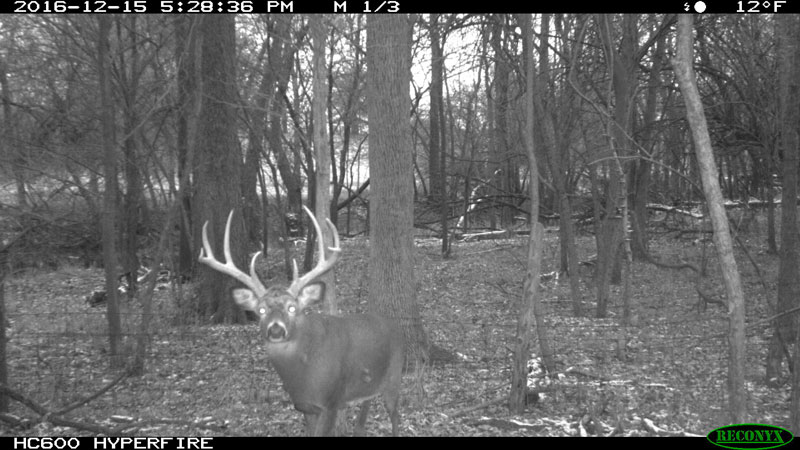 You can hardly get on the internet during hunting season without seeing a photo of a whitetail buck someone has posted with the question, “How old is he?” Whats amusing is that some hunters really think they can accurately age bucks based off of photos. Even the QDMA has gotten in on the action by showing photos of wild bucks in their magazines which a panel of “experts” then scrutinize and give their input on the age of the buck in question.

I probably have more experience with whitetail bucks than 99% of other deer hunters. Besides spending the last 40 years as a serious trophy hunter always striving to learn more and more about the bucks I pursue, I have also spent more than 20 years caring for a small captive herd of research whitetails. In that time I have watched roughly 200 bucks from the day they were born until they were a few years old. Thus I knew the exact age of these bucks at every point along the way. That experience alone should help me be better able to age bucks than the average deer hunter.

I also run numerous trail cameras and have watched countless wild bucks mature over multiple years. These experiences certainly do not make me an expert on aging bucks …. and thats the point! With my vast experience which is certainly more substantial than most other deer hunters, I do not believe that I can simply look at a photo and age a whitetail buck with the degree of accuracy that one would think. I also do not believe anyone else can either.

Now to be clear I do think that we can offer a guess as to a bucks age and sometimes do so accurately. Obviously the younger the buck the more accurate our guesses are. Many deer hunters can recognize a 1 1/2 year old buck most of the time … but none of us can age even these yearlings with 100% accuracy. There just isnt that much difference between a really nice yearling buck and a poorer 2 year old. Even so, I will give the benefit of the doubt and say that yearling bucks can be accurately aged by visual observation or a photo with 80-90% accuracy.

This figure quickly drops however as the age of the bucks increase. When it comes to 2 1/2 year old bucks I firmly believe the accuracy level probably drops to less than 70% for most hunters. I expect a lot of hunters will disagree with me and think they can accurately judge age on 2 year old bucks better than 70% of the time. I doubt it; and again, I am not saying I can either. When it comes to bucks 3 1/2 years old and older I suspect the accuracy is probably not much better than 50%. Again, the hunting world is full of hunters that are convinced they are more accurate than this; I am not one of them.

From my observations it is clear that most hunters over-estimate the age of the bucks they shoot. They do the same thing with the antlers scores of the same bucks. I cant even remember the number of bucks in the 2-3 year old range that score 120-130″ that were listed as 140″+ and 4 or 5 years old just this season. Think about it, when was the last time you saw a post of a buck and the hunter says it is 120″ 3 year old? It seldom happens but thousands of these kinds of bucks get shot every year. Heck, I see multiple 2 and 3 year old bucks that the hunter claims he has been chasing for several years. I often want to ask the hunter if he was chasing the buck when he was a fetus in his mommys belly!!!

I am not here to say that I can age bucks any more accurately than anyone else. I can’t. What I am saying is that I have more experience with whitetail bucks, including a couple hundred of known ages and I still cannot accurately age wild bucks through photos. If I offer a bucks age in my writings or coversations, it is because I have watched that individual buck grow up through trail camera photos, visual sightings, etc. I dont just guestimate an age and throw it out as fact. I often say something like “he is at least 5 1/2 years old” because based on the information I have it is accurate. If I start keeping tabs on a buck when I feel strongly he is a 2 1/2 year old, then I feel I can give that buck an accurate age years down the road and do so. What I dont do is see a photo of an older age-class buck and assign him a definite age.

There will always be those hunters who will throw out ages of bucks as if they are 100% accurate and sometimes they will be right … but not always. I am sure that plenty of self-appointed experts will pick apart this blog post so again, I am not saying that I can accurately age a buck through a photo. I am also not saying that it is impossible. What I AM saying is that I am certain nobody is nearly as accurate at it as they think they are. As my friend Kevin Boyer says, “if you really want to know for sure, send in his jaw bone after you shoot him!”