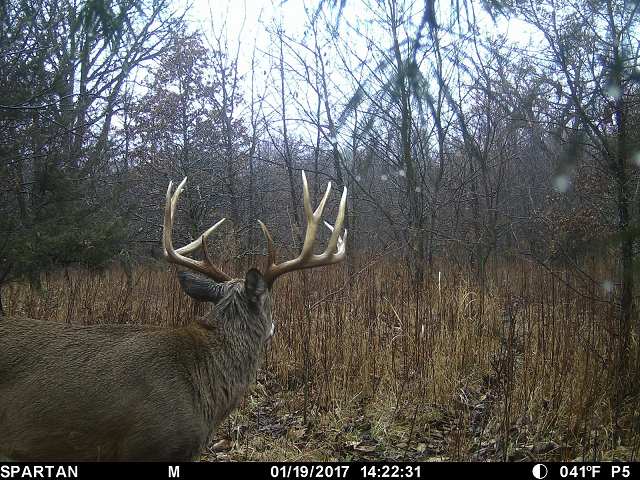 I think we all know a deer hunter who is more successful at tagging mature bucks than 99.9% of all the other hunters who are also passionately chasing these elusive critters. Just what is it that sets these hunters apart from others who are trying desperately to match their success? For many years I thought it was “passion”. Those highly successful hunters just had to be more passionate than the rest. This extreme passion led them to work harder, go further, do things that other deer hunters wouldn’t. It had to be the degree of passion they had that others couldn’t match or even comprehend that sets them apart from the crowd in terms of mature buck success.

I consider myself a student of the whitetail more than a “deer hunter” or any other title. As a student I am always trying to learn more and also always challenging my current beliefs. I am blessed to meet a lot of very passionate deer hunters every year and I am always observing, always learning. I often ask myself, “Why is it that some of these hunters can drop giants year after year while others with a similar degree of passion couldn’t kill a Booner if you took them to the exact tree they needed to hunt from and gave them detailed written instructions?” As time has gone by and I have met more and more passionate deer hunters, some highly successful and others not so much, I have realized that it is not passion that separates the killers from the dreamers. It is something just as important but a whole lot rarer.

Many years ago I wrote an article detailing how the most successful big-buck-slayers I knew all possessed the “three P’s and three D’s”; passion-persistence-patience and desire-drive-determination. Without a doubt, a big buck serial killer possesses all of these things but over time I realized that I left out the most important factor of all … discipline!

My last blog post serves as a perfect example. It was about not rushing to put out trail cameras too soon this summer because you might only get one chance to get a photo of the buck you are targeting. I reasoned that it is better to wait and get that one photo or series of photos once the bucks rack is further developed. I compared it to hunting a stand for the first time. It is well accepted among serious deer hunters that the first time one hunts a particular stand is the most likely time to realize success from that location. With each successive hunt the odds of success at that location diminishes. That same logic, along with decades of experience, leads me to believe that you may only get one chance to get a mature buck’s photo at a particular location so you better make the most of the opportunity and realize that timing is everything. It takes discipline to wait for the right time to make every move when hunting mature bucks. Being too early can be just as detrimental as being too late.

This example helps makes my point. I still believe that “passion” is a very important trait for any deer hunter who desires to routinely tag giant bucks. That driving passion is what moves them to do things the “average” deer hunter wont. The trait however that I think is just as important as passion but yet much rarer is “discipline”.  With discipline, ones passion is properly channeled to lead to success. Without discipline, passion can drive one to make decisions or moves that derail success. I truly believe that for every “disciplined” deer hunter there are a hundred “passionate” ones. Think about that last sentence again!

Most of us know an older hunter who says he doesn’t hunt near as hard as he once did but yet is more successful. I know that I certainly have said that. I don’t spend near as much time actually hunting as I did 20 years ago but my success has never been better. As proof, this fall marks my 42nd hunting season and the 40th anniversary of shooting my first buck. Despite all of my years in the woods, 4 of my top 5 bucks have been killed since 2012. To put that into perspective, the last 7 seasons represent only 16.66% of my entire hunting career but yet 80% of my top 5 bucks were killed during that period. I attribute this statistic to the discipline I have acquired with age.

An undisciplined but passionate hunter will slip in to hunt that great rut stand “just once” in October. He will take the shortest route to his stand even though it might mean the deer could possibly detect him. He won’t be able to resist the temptation to blow on that grunt call or rattle those antlers even though he knows 95+% of the time he is just telling that old mature buck to stay away. He will give up the wind “just this one time”. He will overlook his goal of shooting a 150” buck when the 140” youngster walks by, telling himself that he will stick to his 150″ goal with his next tag. He has no discipline and often is so busy “knowing it all” that he stops learning.

A wise old Amish gentleman once told me “knowledge without mileage is worthless”. I understand exactly what he meant; to a deer hunter “Passion without discipline is worthless”.