Is This Years Weird Rut Signaling a Rough Winter? 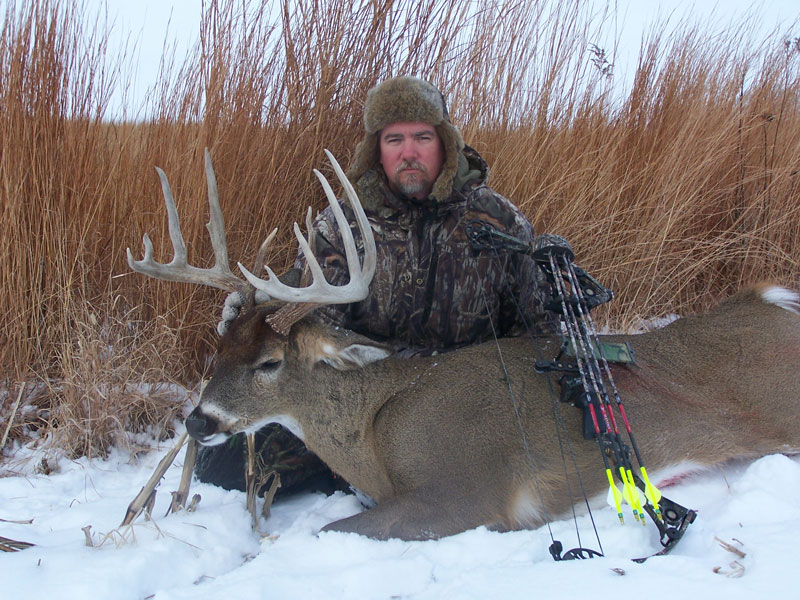 Over my more than half a century on this planet I have seen Mother Nature do things to take care of her own that simply could not be explained away. For example, I have noticed that in the fall preceding bad winters, the bur oak trees on our farm would be loaded with acorns. It is as if Mother Nature is preparing the critters for the tough times ahead by giving them the resources they need to fatten up in order to survive what is to come. This is but one example that I have personally seen over the years.

So that brings us to this years whitetail rut. Sure, social media has shown us a lot of monster bucks that were killed in recent weeks. Those fortunate hunters probably think this years rut was fantastic, and who could blame them. On the other hand I have talked to a lot of veteran hunters, both successful and unsuccessful who say that this is one of the worst ruts in regards to buck activity that they have ever seen. Personally I will take it a step further and say that the buck activity this November has been the worst that I can ever remember in my 40 years of whitetail hunting. Some of this can be attributed to the hot weather, no doubt. But is there something more to it?

A single hunter can be misled to think things are a certain way based on his limited observations. For example if a hunter has a hot doe near his stand he is bound to think the rut activity is on fire while his buddy half a mile away might not see a thing and think the rut is dead. I am fortunate that for more than 20 years I have had a small herd of captive whitetails for research that I get to observe on a daily basis along with the wild ones I see while hunting. Every fall my captive bucks start pacing the fence in early November and for about a month there is almost not a single minute when one of my bucks isnt on his feet. During the “prime-time” hours near dawn and dusk, all the bucks are typically on their feet pacing, fighting, running and just generally being active. That has not happened this year. In fact the beat down path that my bucks have always made around the perimeter of their pen every year does not exist this year, again, for the first time in over 20 years. The bucks simply are not moving like they normally do, even at night.

Like I said, to some degree this can be attributed to the hot weather we have had but I tend to think there is more to it. After all, I have observed ruts in the past where the temperatures were hotter than normal. My captive bucks still paced the fence those years. Just the other morning I was sitting in my stand in a location that in the past had always produced a lot of buck sightings at this time of year under similar circumstances. It was one of those calm frosty mornings when typically every buck in the woods is on his feet. The lack of deer sightings that morning had me scratching my head so I texted my wife to ask what the bucks in the pen were doing. They were all bedded. On that perfect mid-November frosty morning just a half hour after daylight every buck was laying down. Unbelievable.

I am going to go out on a limb here and make a guess that we are in for a tough winter. I am guessing that Mother Nature is preparing our beloved whitetails for some rough days to come by preserving their body fat that they would be burning if they were more active and on the move. Yes, I know the rut is still going on, nothing is going to stop that and I realize there is some buck movement, some hunters have even seen a lot of movement at times. Still, my personal experience this season as well as the experiences of several veteran hunters that I respect all point to significantly supressed movement this November. I believe Mother Nature is preparing her critters.

Oh yeah, about those bur oak trees on our farm ….. they had more acorns under them this fall than I have ever seen in my life. Get those snow shovels ready.