Of Thieves and Determination 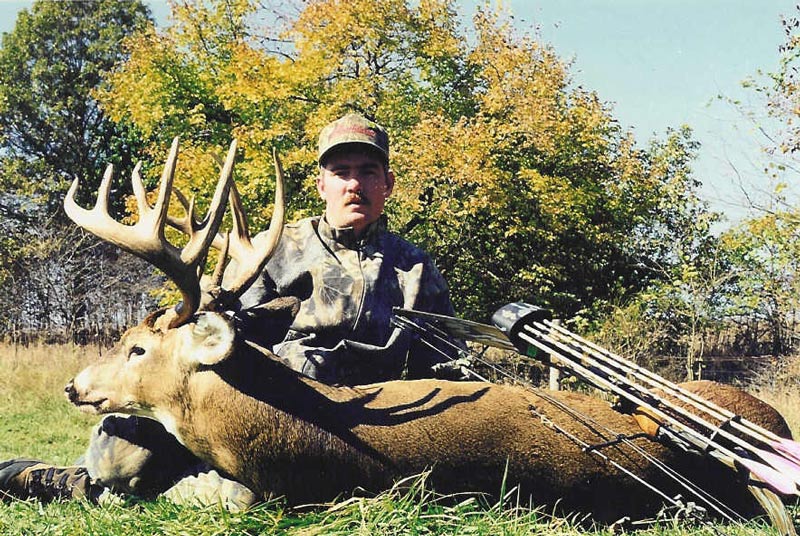 For many years now my goal each hunting season has been to end the season as a better hunter than I was on opening day. This is a very simple goal and by remaining a student of the whitetail rather than thinking I know it all, I have achieved it to varying degrees each year. I also have a couple of other hunting goals that are more abstract and which I may or may not ever achieve.

For one, I want to kill another 200″+ whitetail and do so on video. While this is certainly a lofty goal, it might actually be easier to achieve than my second goal. I also want to tag a whitetail buck on public land that scores more than the 170″ Boone & crockett minimum. In my opinion that will probably be the hearder of the two goals to achieve.

I owe much of my whitetail hunting success to the mindset which I have had over the years. In particular I have never been one to let negative things get me down for too long. Instead I use negatives as “fuel” that drives me to try harder, go farther, hunt longer, scout more and just simply exert more effort than literally any other whitetail hunter I have ever met.

Years ago I learned to use the negative words of my critics as fuel to drive me harder towards my next big buck, which ultimately would once again send the haters spewing their venom. It was a vicious circle and after a while it almost became as much fun getting the local haters fired up with another big buck kill as it was to kill the buck! What made it so amusing was that I knew deep down that I was doing everything the right way while my critics were not and in the process I was passing up bucks bigger than any they had ever killed.

Over time the negative comments have slowly subsided, due largely to the fact that for over a decade I have carried a video camera on every hunt and filmed my successes. If someone wants to spew their hate today they are left with video proof that they dont have a clue what they are talking about. I bring all of this up for a reason; that fire that once raged within me to prove my haters wrong time after time has returned.

Today I went to retrieve a trail camera that I had placed on public hunting land in an effort to find a mature buck to hunt next season. A thief had beat me to it. Once again a negative was thrown at me. After several years of mellowing out and thinking that I dont have anything else to prove to anyone in the whitetail woods, I once again find myself being fueled by a negative. As I walked from the woods without my trail camera an old familiar determination crept back into my soul. By the time I made it back to the truck I was becoming more determined to achieve that goal of killing a Booner on public land. However, now there is a new twist; that Booner must come from this particular area where the thief roams.

The thief is likely a deer hunter and obviously he hunts this area of public land. He probably doesnt realize it yet but his competition for the bucks in this area just got a bit stiffer. It might not happen next season or even the following. It might take me 5 years or maybe even 10 but I am going to one day drag a giant buck from that area. When it happenes I hope it is a buck that the thief knows very well. I hope he has layed eyes on “my buck” and stared in awe at his giant rack. I hope he loses sleep as he dreams of the buck walking past his stand and of wrapping his own tag around those giant horns. I hope the buck affects him like no other buck ever has or ever will. I hope to drag my buck right from the thiefs dreams the very day before he starts a 2 week vacation he had planned just to hunt the buck. I hope he sees the buck in the back of my truck and his photo on my website, facebook page, magazine articles and on TV … and I hope he remembers the day he stole my trail camera.

If you are a deer hunter you will encounter negatives in your journey. You can let them get you down and affect your spirit or you can use them as fuel to take you to new heights of success. One day the thoughts of a stolen trail camera will be nothing but a faint memory as I wrap my hands around the giant antler bases of a public-lands monster that never would have met this fate but for a thief that challenged me to enter his hunting area and test my skills.