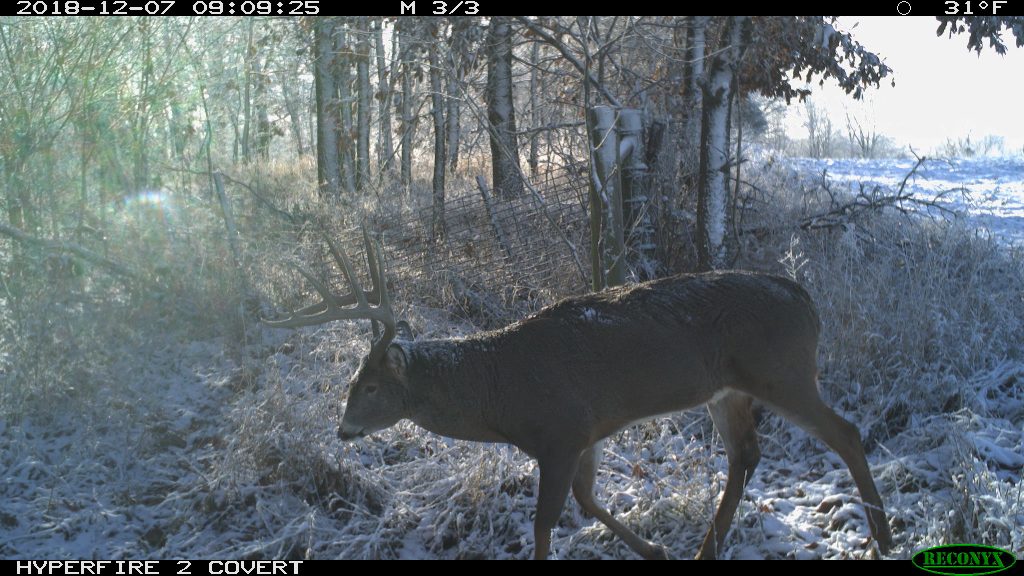 Last year I posted this photo on social media of a 5 ½ year old buck that I predicted I would kill this season. That wont happen even though the buck is still alive. The story behind this buck is interesting and worth sharing as there are some lessons for those deer hunters tracking individual bucks or aspiring to do so.

Let’s start with the fact that this buck has a summer range about 2 miles from where he spends the fall and winter months. Every year he will show up at his fall-winter range during early October. This series of photos shows the first photos I got of the buck each of the last four years, including this year. Note how close the dates are from year to year.. 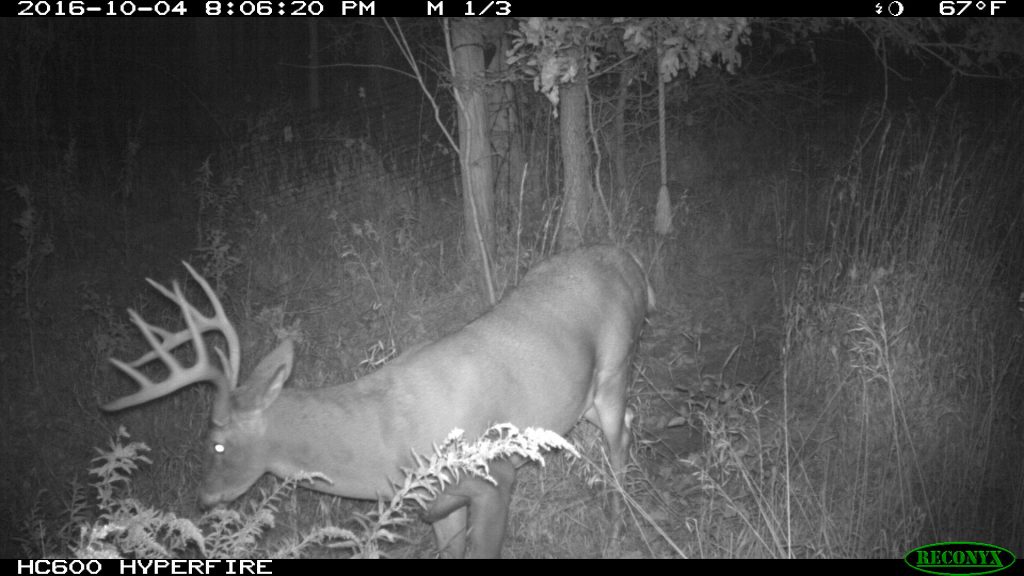 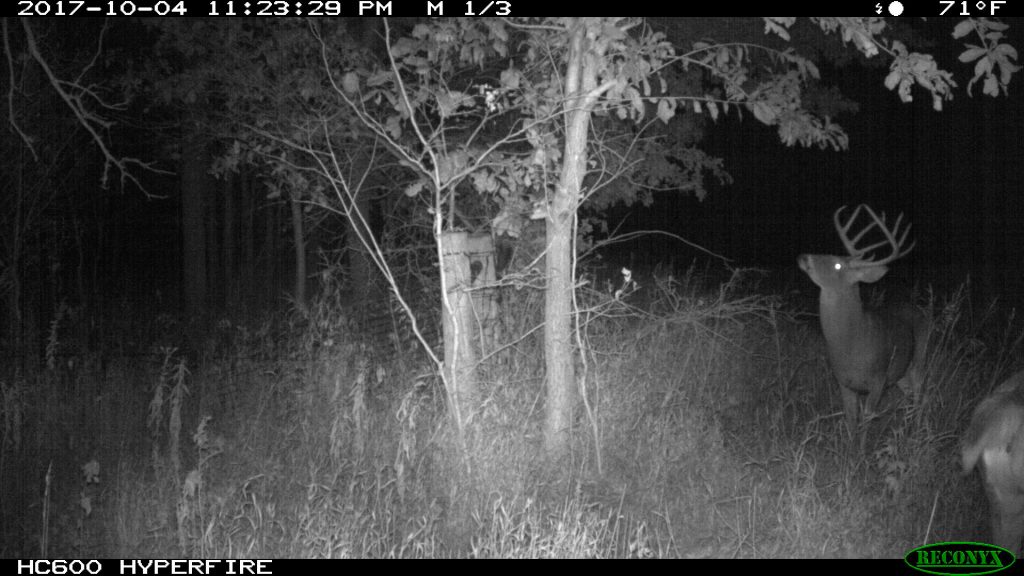 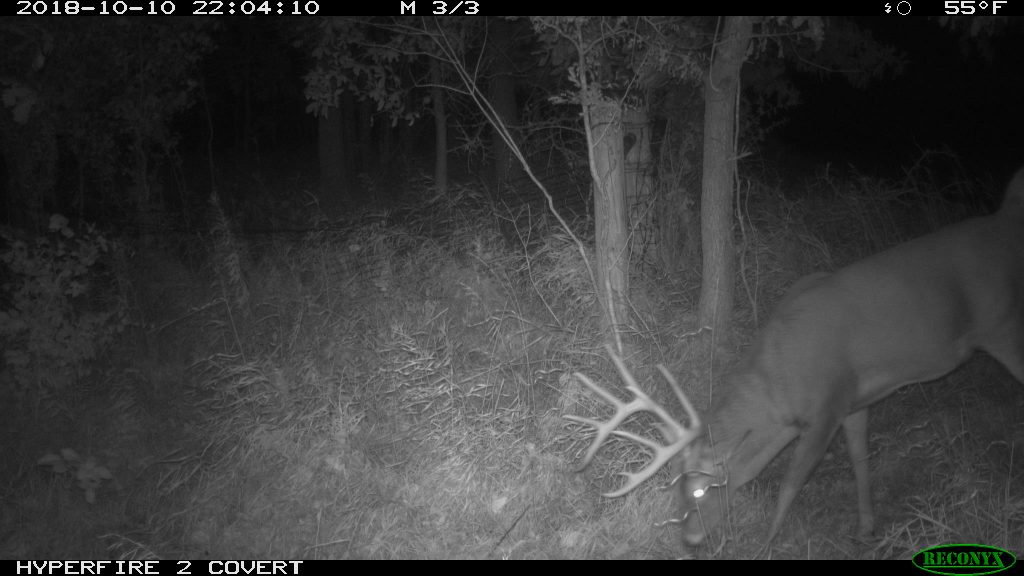 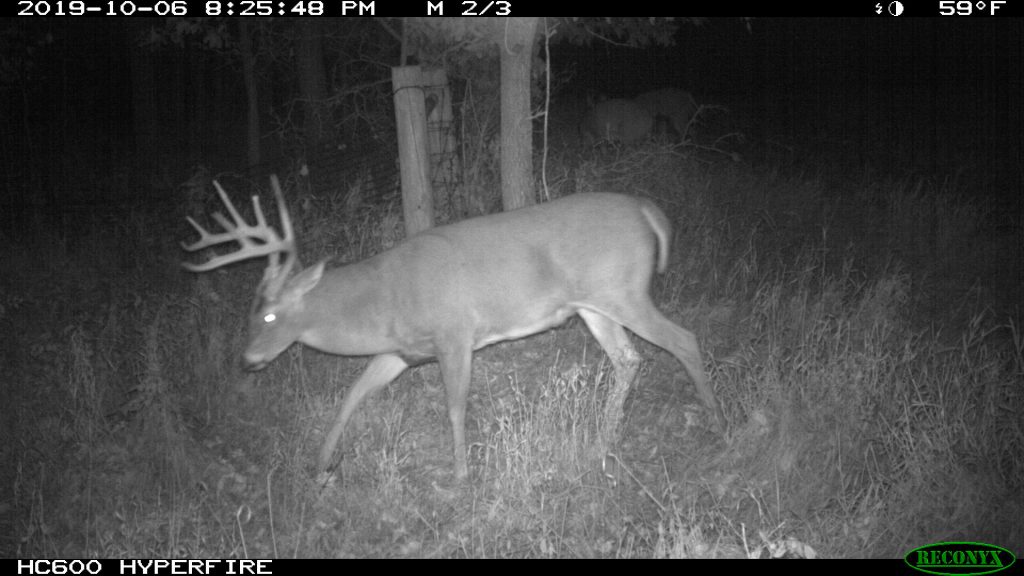 Back in 2003 I authored an article titled “Same Time, Same Place” in which I detailed an observation I had made of bucks following an annual or yearly pattern. As part of this pattern bucks tend to shift their range at nearly the same date each year. This topic has been covered extensively since I first wrote about it over 15 years ago but I had never seen anyone write or talk about it prior to my 2003 article.

This habit of bucks being in the same place at the same time each year is very important for those of us hunting specific bucks. If you have a trail camera photo from last season of a buck that is still alive that you want to kill this year, note the date on last season’s photo and make plans to be close by on that date this season.

So let’s get back to the buck featured in this blog post; My plans to shoot this buck this season started to derail last fall when this buck developed a case of scours (diarrhea). I knew that this condition could possibly affect this years antler growth as an animal with scours is not able to properly or efficiently utilize the nutrients it takes in. They also often lose considerable weight if the condition persists. When I confirmed the buck was still alive during late winter and hitting the food sources, I held out some hope that he might add a few inches of antler growth and hopefully another tine to his 5×6 rack to become a 6×6. 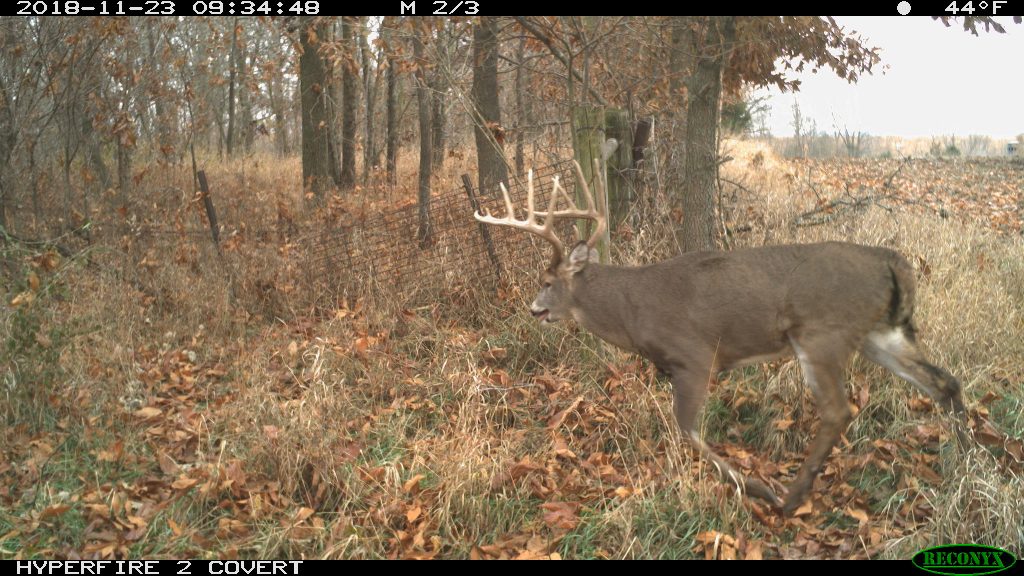 This photo from last fall shows the buck with scours as evidenced by the diarrhea on his rear legs and under his tail.

This particular buck is one that I was able to locate both his summer range as well as his fall-winter range. When I got the first photos of the buck this summer he had severely damaged 3 tines. At that point I knew that I would not be targeting this buck this season.

So here is another lesson for those hunters chasing individual bucks; they don’t always get bigger each year. I have watched a lot of bucks age and always hope that with each new rack will come more points and more total inches of antler. Sometimes it happens but many times it doesn’t. That’s just part of this challenge; each buck is an individual and lives in the wild where a lot of negative things can happen. They are lucky to just survive to maturity and the few that grow giant racks along the way are more rare than most deer hunters realize. I will give this buck a free pass again this season and hope that next summer he grows his best rack ever.

If you have not yet started following my new podcast called “Chasing Giants”, you may want to start. This podcast is unlike any other deer hunting podcast as I detail my year-long pursuit of giant mature bucks. Listeners can even submit questions by going to the podcast page on this website.

Also, once again this season I will be doing my daily rut-report during the month of November where I will detail what I am seeing in the deer woods each day. To follow along be sure to “Like” and “Follow” my facebook page – “Don Higgins / Higgins Outdoors” where I will post these daily reports. 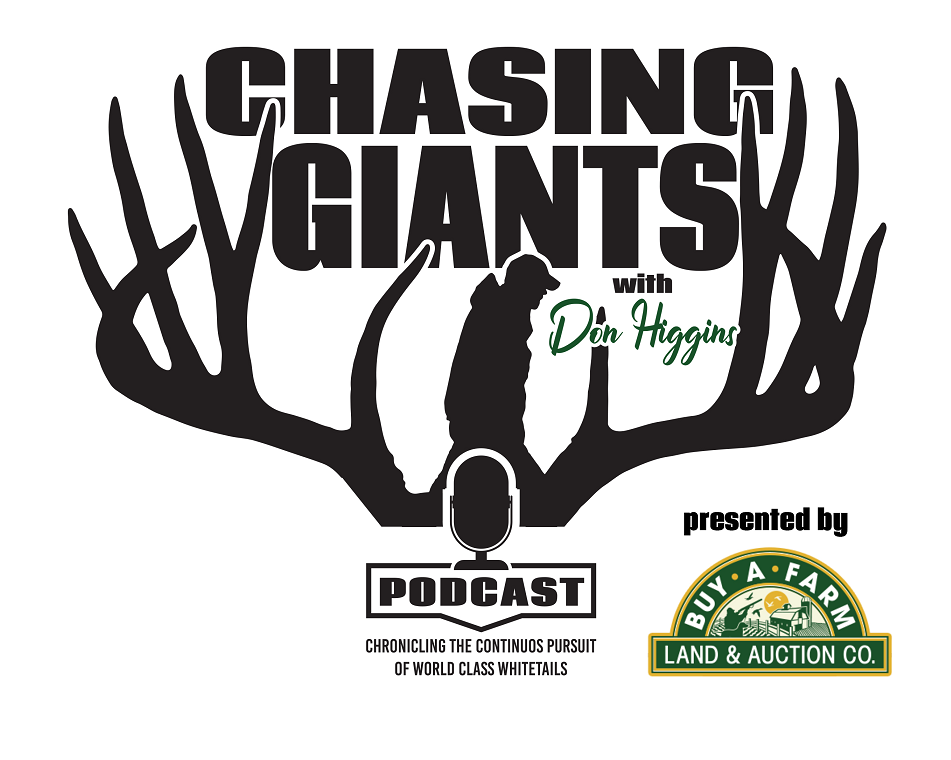