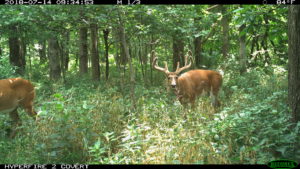 I have made some bold predictions in the past regarding deer and deer hunting, some of which proved accurate while others were slightly off-base. I am about to make another one that I am as confident in as any I have made. Here goes – The 2018 season is going to see a dramatic increase in the number of giant bucks killed in the state of Illinois and possibly/probably other states across the Midwest.

I base this prediction on multiple factors, starting with the unusual number of giant bucks I have already tracked down via game cameras. I thought last year was special when I had 2 bucks to hunt that pushed the 200” mark. I had been trying for 13 years to kill my second 200” whitetail and it finally happened in 2017 when I tagged a 206 6/8” buck and a 193 3/8” a few days later. Believe it or not, as special as last season was for me, 2018 could be even better. I already have photos of 2 bucks that are bigger than either buck I killed last season. These bucks are going to be a lot tougher to kill however as neither lives on land that I own or lease. My options are limited with both bucks and in the case of one of them a lot of other hunters know of the buck and are also going to be after him.  Still, the fact that these bucks are alive and running around in areas that I can hunt will make getting out of bed on cold November mornings a lot easier.

I am also currently tracking down at least 3 other bucks that will push if not top the 200” mark, as hard as that is to believe. In fact I may already have their photos but haven’t yet checked the cameras I placed in those areas. For those doubting the validity of my claims I should probably state that I have roughly 40 trail cameras scattered over 5 counties. The number of bucks over 170” that I have already gotten photos of this summer far exceeds any other year ever … and as I write this in early August I have a lot of cameras out that have yet to be checked.

I would be comfortable making this prediction based on nothing more than my own observations but I have also been privileged to see game-camera photos of other giants that other hunters have gotten this summer as well. One hunter recently told me that he has never kileld a 200″ buck but this year he has two of them in his hunting areas. I feel very confident in saying that 2018 is going to see more giant bucks killed in Illinois than we have seen in many years.

I also feel that there is a very valid reason for the increased number of big bucks running the countryside in 2018. For starters, in 2012 Illinois and much of the Midwest was hit with the worst outbreak of EHD in history  with a lesser but still noticeable outbreak the following year in 2013. The deer herd was devastated in many regions and the EHD virus was particularly hard on the older bucks. From  2012 through 2015 I found it extremely difficult to find very many bucks over 150” as the herd recovered and there was a LOT of miles between 170″ bucks. Slowly the deer herd has recovered and now it is at a point that we haven’t seen in a couple of decades. 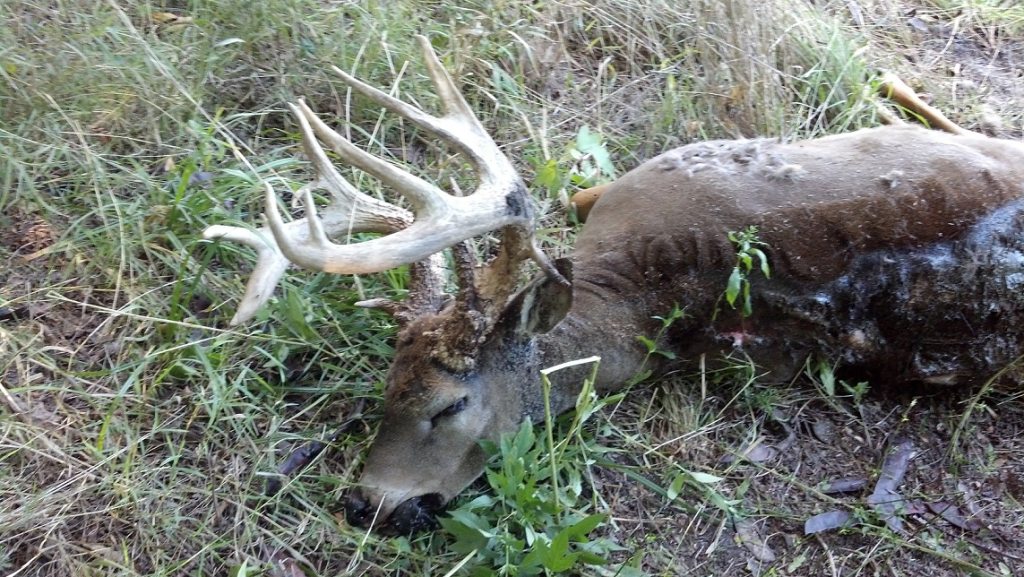 Much of the Midwest suffered huge death losses to EHD in 2012 and 2013. It looks like the lasting affects of those outbreaks are finally coming to and end and once again a number of huge bucks are showing up on game cameras. Most of these bucks would have been fawns or not yet born when the EHD hit 5 and 6 years ago.

Another factor boosting this years antler growth is the frequent rains we have had all spring and summer across much of the Midwest. This has resulted in plant growth that has remained lush and full of high-levels of antler-growing of nutrients. Everything has lined up in 2018 to create the perfect antler-growing storm.

I am not going to go out on a limb and make any predictions about how my own season will turn out. I may not tag a buck at all or I may tag the two biggest bucks of my life. However, no matter how my season goes, I am certain that a lot of deer hunters are going to kill the biggest buck of their lives in 2018.

If there is a negative to the big-buck boom of 2018 it is that Illinois DNR will see this as proof that their deer management program is working to produce giant bucks when reality is far different. The 2018 big-buck boom is happening “in spite of” IDNR, not “because of” them. Deer hunters are largely responsible for the recovery of the deer herd in Illinois as they have taken management of the deer on private lands into their own hands. They have worked to create tens of thousands of acres of great habitat and have passed countless shooting opportunities at young bucks choosing instead to let them live to older age classes. It is truly a shame that IDNR refuses to make just a couple of minor regulation changes that could once again propel Illinois to the very top of the whitetail world. We better enjoy this special season because while this could easily become the norm in Illinois like it was 25 years ago, IDNR isn’t going to allow that to happen. If you think otherwise, just ask IDNR what regulations they have in place to address age-structure and sex-ratios within the deer herd and you will find that they might as well be managing squirrels …  oh wait, Illinois does have a bag limit on squirrels, but not deer. Hmmm