The Worst is Yet to Come! 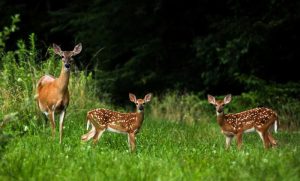 I think by now even the most ardent Illinois DNR supporter knows that the Illinois deer herd has dwindled. Even non-hunters recognize the Illinois deer herd is but a fraction of what it once was, and that is in terms of “quantity”. The battle for the “quality” of the deer has already been lost although there will always be some great bucks killed. This is not news to anyone. What is news, and needs to be recognized by every deer hunter in the state is that our deer herd remains in decline and DNR is doing nothing to stop it.

Lets start by taking a historical look at harvest numbers for recent years starting in 2005 when Illinois set its record total harvest.

The harvest data clearly shows a downward trend but comparing data for the last 3 years one could get the idea that the harvest and deer herd has leveled out but many experienced Illinois deer hunters know better. The herd is still in decline and although the total harvest numbers for 2016 are not yet available, here are 2 figures from this season that are – The harvest for the 2016 firearms season fell by 7418 from last year and the archery harvest for the month of October was nearly 3000 fewer deer than it was just one year ago.

Those are the numbers supplied by IDNR, now let me add some personal observations. I run an extensive trail camera route in 5 east-central Illinois counties. I place those cameras out around July 1 each year and leave them out until early spring when most bucks have shed their antlers. This year I noticed the age-structure of the states bucks showing some slight improveemnt over recent years. (note is said “age structure, not numbers) I attribute this to the fact that many of the older bucks were killed in 2012 due to the extensive EHD outbreak that year. Those yearling and button bucks that survived that EHD outbreak are now 4 1/2 and 5 1/2 years old. This years 3 1/2 year old bucks were not even born yet in 2012. This year I had more bucks on camera that were 3 1/2 years old and older than I had in a few years.

That was the “good news” … it was also before hunting season started. The bad news is that this season I saw more of those bucks get killed than ever before. Every season I have a number of older bucks on trail camera and keep an eye on them throughout the entire season as I locate bucks to target in future hunting seasons. It really is not unussual to have some of those bucks get killed. What was unussual this season was that the majority of the older bucks that I knew of got killed. I dont have the exact number right off hand but roughly 75% of the older bucks I was keeping tabs on this season got killed when in past years this figure never approached 50%. In fact, most years it was under 30%. It is very easy for me to conclude that a larger percentage of the older bucks in my area were killed this season than in past seasons.

So this brings us to the main point of this post. The obvious decline of the Illinois deer herd has not yet hit rock bottom. Next year it will be worse than it was this year and obviously IDNR does not care and has no intentions of doing anything about it. If you want to enjoy decent deer hunting in the future, YOU are going to have to do something about it.

The Illinois deer hunting season is winding down and as we all know it culminates with those dreaded late antlerless seasons when our beloved DNR takes one last pot shot at a depleted deer herd. Are you going to be heading out to fill a tag during one of these seasons? In fact, have you still been tagging deer in recent years like it is 2005? If so, you are part of the problem. The fact that DNR sells you a tag and makes it legal for you to kill more deer does not make it ethically right. Get over that argument, it doesnt hold water.

With each passing year as the Illinois deer herd continues its decline, more and more deer hunters are taking notice and and doing something about it by voluntarily reducing their harvests. Have you taken that step yet? If not, maybe its time to think about it and go coyote hunting instead of shooting another deer.