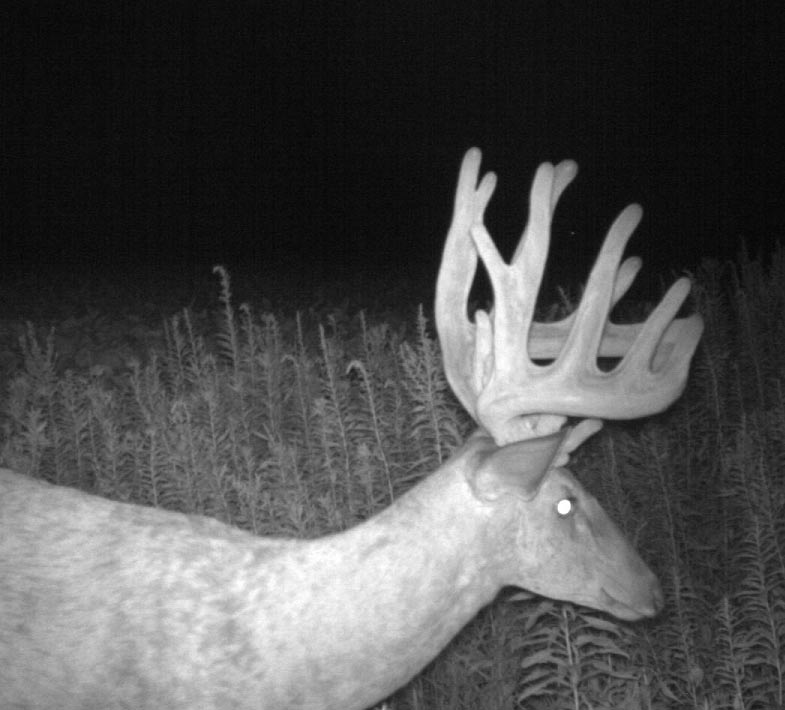 When you name your 2016 target buck “Trump” it is bound to cause a stir and bring on a lot of questions. When I decided to share my quest for “Trump” through this blog I didn’t intend for things to turn political. I guess that is impossible this fall with a presidential election unlike any before looming before us. The battle lines have been drawn and it is impossible to spend even a few minutes on social media without seeing something political. With that said, I have had a few interesting questions thrown at me since publicly naming my 2016 target buck “Trump”. I will share some of those later in this blog but first I want to give everyone an update on my quest for Trump the buck.

I have long believed that every mature buck has a sanctuary where he goes each fall when the hunting pressure is intense. He may not stay there every single day but he spends a lot of daylight hours during hunting season in his sanctuary. Find a bucks sanctuary and your odds of killing him go way up. The only thing I know for sure about Trump is where he spends his summers. Each fall he shifts his range to another area. I do not yet know where he goes but I think I now know the direction he moves when he leaves his summer range.

I recently got permission to hunt 3 new properties in that direction and set trail cameras on each of them. The result is that I have now gotten Trumps photo at 3 different locations. One location is a full 3/4 of a mile from where I got his first photos this summer. These new photos confirm that Trump does indeed move in the direction I suspected but I still do not know where his fall sanctuary is. I do have a couple of potential ideas however. In the coming weeks I will keep moving cameras towards those areas as I try to determine where this buck went to escape hunting pressure the last 6 years. Eventually I will either confirm or reject these suspected sanctuary areas.

Last week I placed my first treestand specifically for Trump on one of the new properties close to where I got his photo. This particular stand location is one where I wont be surprised if I dont see a single deer. It is one of those small out of the way locations that wont see a lot of deer traffic. On the right day however it would be a great spot for a mature buck to push a hot doe away from the rest of the herd. It is also a place where the pressure of firearms season could push an old buck if he gets bumped from his primary sanctuary. I will not be hunting this stand until the peak of the rut when mature bucks are actually paired up with does. As I learn more about Trump I will be hanging more stands, each with a specific plan in regards to when I will hunt it.

Dont you like Donald Trump? Do you want to assasinate Trump? I absolutely support Donald Trump for president and will be voting for him. I feel he is the right candidate for the job based on the fact that career politicians from both parties have tried so hard to stop him. I feel that he is our best chance to rein in some of the corruption in Washington and although I do not agree with him on every issue, he comes closer than any other candidate to sharing my views on important topics like terrorism and the economy. It is my steadfast suport of Donald Trump that caused me to name this buck “Trump”.

Why are you posting photos of Trump BEFORE you kill him? Arent you just tipping off other local hunters to his existance? I honestly think that my odds of even laying eyes on Trump from a treestand are slim. Actually tagging him will be even tougher. I truly appreciate the hunters who have supported me by buying my books and reading my magazine articles and I see this as an opportunity to share a hunt for a mature buck with them as it happens. Hunting for and killing a specific mature buck on purpose is huntings ultimate challenge. I want to share how I go about doing it on a buck that is 100% “real world” in every sense of the word. If anyone thinks they can figure out where Trump lives by simply seeing my truck parked somewhere during hunting season, they are in for a big surprise. I will be regularly hunting numerous properties in several counties outside of Trumps range. When hunting Trump I will be “picking my spots” and each hunt will be by design and with a purpose. I will share my thoughts and reasoning as I hunt various stands.

Would you rather kill Trump the buck or have Donald Trump win the presidency? This question was posed by my good friend Aaron Gaines and is a very easy question to answer. There is probably nobody on the planet that likes to hunt mature whitetail bucks more than I do and has dedicated so much of their life doing so. With that said, I have also gotten lifes priorities in order in recent years. I would much rather Donald Trump win this Novembers election than to kill Trump the buck. Our country is falling apart right before our eyes and we dont have 4 more years to waste before turning things around. I am afraid if we dont do it now, then it will never be done at the ballot box but instead will take bullets and bloodshed. Our kids and grandkids have no future at all with the direction we are now headed. I pray that Donald Trump becomes our next president and I am fine with Trump the buck living another year. I will just be more prepared next year when he is bigger than ever!

To stay up to date on my quest for Trump, just “like” my facebook page “Don Higgins / Higgins Outdoors” as this is where I will be posting links to this blog. You can purchase my books on hunting trophy whitetails right here on this website. Best of luck this hunting season!